Sharjah24 – AFP: Palestinian leaders on Tuesday rejected US President Donald Trump's peace proposal as an unacceptable capitulation to Israeli occupation that tramples on the long-standing aspirations of their people.

Sharjah 24 – Reuters: France on Tuesday reported that a fourth person was infected with the coronavirus, an elderly Chinese tourist.

Sharjah 24 – Reuters: This university student in Brazil has come up with a novel way to generate electricity with just paper, graphite and steam.

Sharjah24 - AFP: A major 7.7 magnitude earthquake struck Tuesday in the Caribbean between Jamaica and Cuba, triggering a brief tsunami alert and sending hundreds of people pouring onto the streets of Havana.

Sharjah24 – WAM: Her Highness Sheikha Fatima bint Mubarak, Chairwoman of the General Women's Union (GWU), President of the Supreme Council for Motherhood and Childhood, and Supreme Chairwoman of the Family Development Foundation (FDF) has stated that the inauguration of the 'Coins of Islam: History Revealed' exhibition at the Sheikh Zayed Grand Mosque Centre highlights the central significance held by the Islamic history. 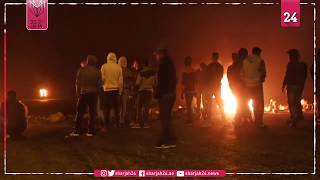 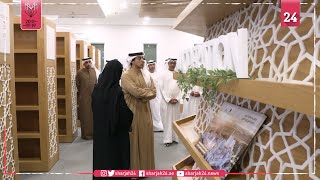